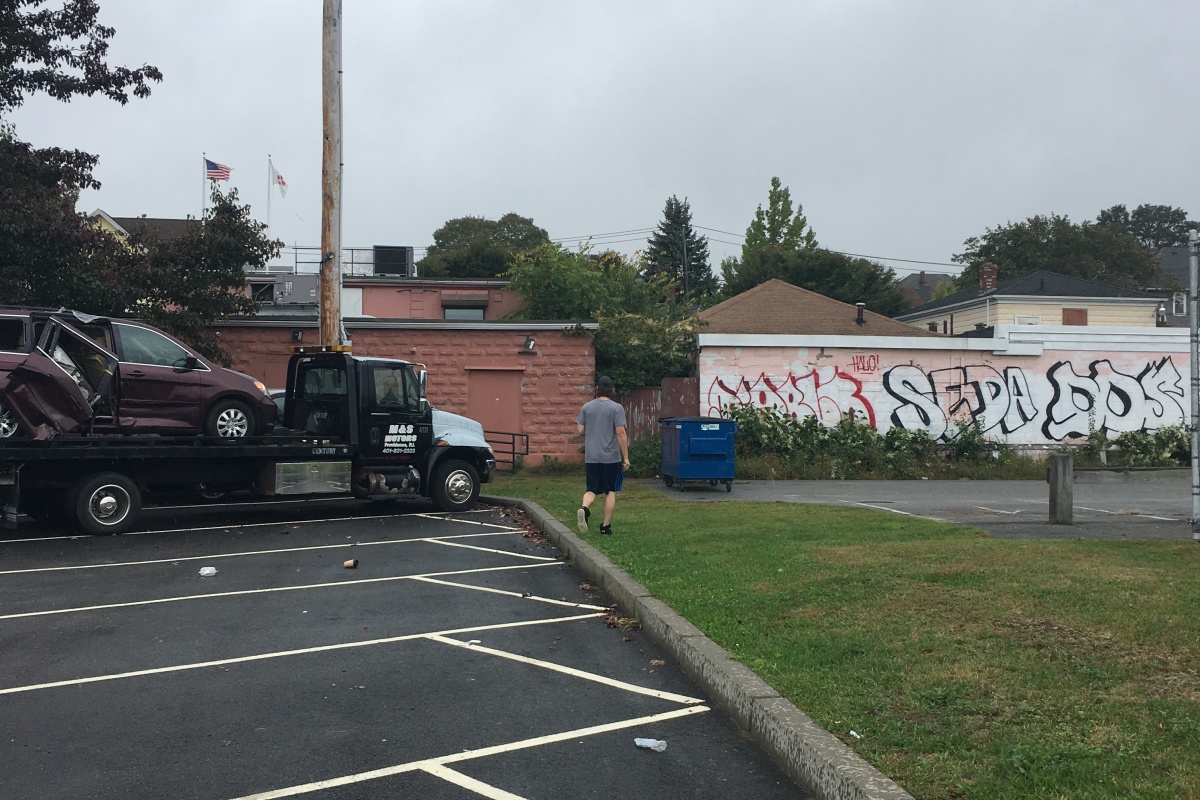 “Venice thinks it is Amsterdam once again” Sartre writes; the sickly city accepts its grey pallor, using it to play tricks, the sky and the sea switching places, constantly shifting. Today, Providence thinks it is Berlin. The sun never rose. Instead, it destroyed itself, scattering light evenly across the blanket that envelops the city. We become characters in a hermetic work of art, sealed off from the world beyond, a world that no longer exists. The grey offers no escape; the boundlessness of blue skies has been destroyed, replaced by a curtain that isolates us from the horizon. Buildings lose their sense of depth, becoming monstrous, imposing facades, overwrought stage sets looming over the individual. The industrial world’s falsity and meanness become manifest in them, overwhelming us, restoring an awful beauty to the structures that was thought to be lost. There is honesty in this, an honesty clear skies don’t contain. A boundless blue in November promises warmth, a temporary reprieve that it does not deliver. Instead, the clear air bites, stealing skin with each gust of wind. The skies of July whisper that the day should be used for play only to stymie all movement, reabsorbing the nascent energy it pretended to give.

Yes, blue skies are tricksters, but despite their trickiness they offer a truth. The world is overwhelming, it stretches on forever, just like the sky above, and it will never fully be known. How terrifying, these images of a world so filled with information that any attempt to learn is futile, that no matter what, one cannot make a dent in what we do not know. The weather is dialectical, the trickster finds the truth.

Grey skies, on the other hand, offer a comforting lie. You are sealed in, stuck in this separate world. There is meaning solely by existing and a concrete limit on the known. Nonetheless, a terror lurks. That the boundary exists negates the possibility that Providence is a world unto itself; if works of art can only be understood as a whole, as the sum of a myriad of seemingly contradictory elements mediated into truth, then we can never understand what we are in, for we are never outside of this. The absence of truth haunts us as we walk. Where the does the breathtaking horror at the stone cathedral come from? We do not know and so it seems inherent, ontological, a state of being. The wet black pavement begins to reflect what little light there is, turning it into a shining darkness, each step promising the void. The staged nature makes the abstract feel more real, offering an epistemology we cannot grasp. I take a step and the void hardens into asphalt, becoming physical. It is reality’s futile attempt to impose itself, holding only until my shoe lifts again.